Officially, Eastport sits on Moose Island, though I have yet to see one here.

This time of year, though, it’s covered with flowering lupine, gloriously so. You’d never imagine the kind of winter we’d had. 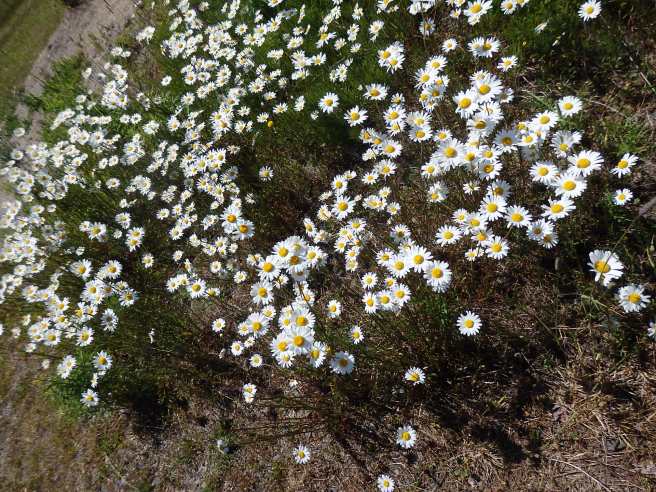 My wife is quite fond of wild Ox-Eye Daisies – not the bigger and, to her view, coarser Shastas. But she’s usually saddened each year when the Black-Eyed Susans arrive about this time, announcing the end of the Ox-Eyes’ blooming. Not so in Eastport, where, to her delight, some continue through August.

Eastport may be a city, but much of it is still forest.

Shackford Head, between Broad Cove and Deep Cove, has one of those. And it’s a state park. Mercifully, it even escaped becoming an oil refinery in the 1970s and ’80s, thanks to some dedicated citizen action.

I should note that the Shackford family, so prominent in the settling of Eastport, had roots in Dover, New Hampshire, before spreading into Newburyport, Massachusetts, and then shooting up here. It seems that our house was built in the 1830s by one of them.

Apart from that, the 90-acre state park allows for some delightful hiking and vistas without having to drive miles from home. You know,  needed a quick fix of more nature.

As well as the shortest winter days and shortest summer nights.

Quite simply, we’re not just further east than the rest of the continental U.S. but also further north. Take a look at the map, if you must.

In addition, you will find my novels available as ebooks at Smashwords.com and other fine  digital book retailers, and in both Kindle and paperback at Amazon.com.